7 Years of Judgment, Accepting the Challenge!, Prophecy, Steven R. Harrel for This Side of the Whirlwind, The Beast, The Great Consummation, The Great Tribulation, The Latter Days, The Mark of the Beast

Hi, my name is Steven R. Harrel and I’m the author of this blog and This Side of the Whirlwind, The Coming Apocalypse.

Corrections, Steven R. Harrel for This Side of the Whirlwind

Just to let you know we’ve made a few corrections to “The Decimation 9A”.

We found a few inadequacies in the message and sought to correct them.

We hope this has not created any difficulties in your comprehension of the Decimation Series or the message in “This Side of the Whirlwind”.

Thank you for your understanding.

“The Decimation 9B” will be coming very soon.

Have a blessed day.

God, God is Great!, Meaning of Life, This Side of the Whirlwind

My niece posted this on FB:

Who feels me on this J

Being the older sibling you watch the

evolution of how your parents

when it comes to your

Hearing God's Voice, Prophecy, This Side of the Whirlwind

The Jewish communities of Germany and Europe received ample warning they were about to be slaughtered!

(This is a long Blog)

Why couldn’t they listen or see or perceive the fulfillment of “Jacob’s Trouble” coming their way?

BECAUSE… the Prophecy for “Jacob’s Trouble” had to be fulfilled!

Scripture says Two-Thirds of all Christians will be killed during the Tribulation Period of the Great Consummation coming soon. Zech. 13:7-9 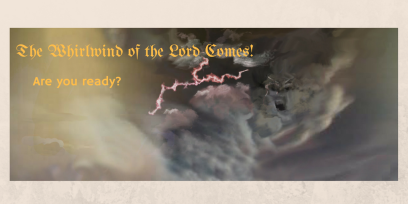 END_OF_DOCUMENT_TOKEN_TO_BE_REPLACED

God is Great!, Hearing God's Voice, This Side of the Whirlwind

Just letting you know we have been exceedingly busy prepping for the Minneapolis St. Paul, Minnesota trip coming in a few days.

We’ll be picking up adding blogs following our return.

Until then, KEEP READ,
“This Side of the Whirlwind, the Coming Apocalypse!”

Lord willing!  We hope to bring a few Videocasts on our return. 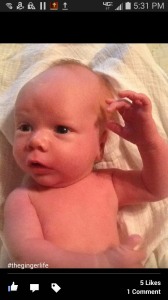 We are blessed to enjoy 5 days and 6 nights of Worshipping, Praising, bringing the Word, having great fun and watching the Lord, Jesus, touching the lives of distant family members in Christ!

We’ll fill you in on how God moved in Minneapolis.

What to do about Guns?

What do we do about the misuse of Guns in America?

END_OF_DOCUMENT_TOKEN_TO_BE_REPLACED

7 Years of Judgment, God, God is Great!, Hearing God's Voice, Love, Meaning of Life, Prophecy, The Beast, The End Times, The Great Consummation, The Latter Days, This Side of the Whirlwind

This is just a teaser before the up and coming Seventy Weeks of Daniel prophecy breakdown.  This is one of the more fascinating and most powerful prophecies within the entire Bible/Word of God.

This is going to be fun for those who enjoy getting into the MEAT of the Word.

Better get your “This Side of the Whirlwind” study-guides out and ready, for the heavy hitting soon begins!  Yeah!  I love this stuff!  Hey knock it off with the exclamation points, will ya!

The Seventy Weeks of Daniel (Just Four Verses change the world from beginning to end, wow!)

Seventy weeks are determined for your people and for your holy city, to finish the transgression, to make an end of sins, to make reconciliation for iniquity, to bring in everlasting righteousness, to seal up vision and prophecy, and to anoint the Most Holy.

Know therefore and understand, that from the going forth of the command to restore and build Jerusalem until Messiah the Prince, there shall be seven weeks and sixty-two weeks; the street shall be built again, and the wall, even in troublesome times.

And after the sixty-two weeks Messiah shall be cut off, but not for Himself and the people of the prince who is to come shall destroy the city and the sanctuary. The end of it shall be with a flood, and till the end of the war desolations are determined.

Then he shall confirm a covenant with many for one week; but in the middle of the week He shall bring an end to sacrifice and offering. And on the wing of abominations shall be one who makes desolate, even until the consummation, which is determined, is poured out on the desolate. (Daniel 9:24–27 NKJV emphasis added)

The volume and complexity of information found in this prophecy make comprehension of its verses difficult at best. Bear in mind, God withheld much of this information until the time of the Latter Days. Couple these difficulties with its prophetic nature, split-versing, and the involvement of time limitations, and the need for the Holy Spirit’s interpretation becomes quite obvious. Only with prayer and careful examination of the text can the mysteries within be revealed.

Be back later with the actual study.  Fun, fun, fun! 🙂

Hey Americans, Where do you Stand?

to the United States of America

The principles embodied in the Oath are codified in Section 337(a) in the Immigration and Nationality Act (INA), which provides that all applicants shall take an oath that incorporates the substance of the following:

We do not have to give up our faith…

But Americans are suppose to align themselves with what is good for our Nation!

One Nation under God, indivisible with liberty and justice for all!!!!

Send me your thoughts. 🙂

Here is an interesting video.

Smile and have a blessed day!

7 Years of Judgment, God is Great!, Prophecy, The End Times, The Great Consummation, The Great Tribulation

These elements are only a few of the End Times components the Body of Christ and secular world will endure and need to negotiate.

Learn “The Day of the Lord” chart.  It is important!

God bless and have a great and prosperous Christmas.  {Smile}