Hearing God's Voice, Prophecy, The Beast, The End Times, The Great Consummation, The Latter Days, The Mark of the Beast, This Side of the Whirlwind

Jamaica is instituting the NIDS system which is an implant type system.

Australia is also tagging its citizens at this time; not sure if it is just the prisons, infirmed or all citizens.

As I wrote in the last Post “Survival Stashes 1” we, the Body of Christ, must prepare for the Tribulation Period. Whether the Great Consummation begins tomorrow or ten years from now, we need to be prepared for an extended period of survival with anonymity.

The following information is an extension of the previous Post – offered to the common/average Christian and their family. The rich and powerful will likely be fully prepared long before the Beast hits the fan.

Therefore, the following lists and concepts are primarily presented with an eye towards the less financially established. We are to be Christians helping Christians. So, start helping each other by preparing together today!

WE, the Body of Christ, must prepare for the Tribulation Period. Whether the Great Consummation begins tomorrow or ten years from now, we need to be prepared for an extended period of surviving anonymously.

The following information is offered to the common/average Christian and their family. Unless a family has been preparing for the coming Storm for a very long time the necessary skills and supplies needed to survive quietly and in a wilderness area is vast in scope and size and financial burden. END_OF_DOCUMENT_TOKEN_TO_BE_REPLACED

How to Prepare for the Coming Storm

Written using excerpts from “This Side of the Whirlwind, The Coming Apocalypse” chapter 23, “What Now?”.

Now is the time to admonish the saints in the name of the Lord, even as God has commanded.

The Great Consummation is nearly here. We are to warn the saints, charge the divided lines, and heft the burden of our crosses, for the time of the Beast and his Mark are preparing to be launched.

As the Tribulation Period is not the Wrath of God, the saints of God cannot be raptured until END_OF_DOCUMENT_TOKEN_TO_BE_REPLACED

Prophecy, The End Times, The Great Consummation, The Latter Days, The Mark of the Beast, This Side of the Whirlwind

Check out this interesting article on the worlds status of going Cashless:

And check out this article on BitCoins

Have a great day!

Hearing God's Voice, Love, Prophecy, The Beast, The End Times, The Great Consummation, The Latter Days, The Mark of the Beast, This Side of the Whirlwind

And the beast which I saw was like unto a leopard, and his feet were as the feet of a bear, and his mouth as the mouth of a LION: and the dragon gave him his power, and his seat, and great authority. (Revelation 13:1-2 KJV)

The Beast will also possess the personality traits of a lion.[1] The Beast’s lion’s nature will produce a person of tremendous power and strength. The lion’s character will shape the Beast into a serious predator that will kill or punish his enemies by rending and tearing their lives or resources. It is also the lion’s disposition to allow others to do his hunting and often killing for his benefit and protection. When offended or wronged, the Beast will demonstrate the lion’s brutally in his willingness to attack his enemies, but only at a safe and discreet distance. God’s people and all those who will not bow down before the Beast will suffer the most; which can be seen in Daniel 11:31-35). END_OF_DOCUMENT_TOKEN_TO_BE_REPLACED

God, Prophecy, The Beast, The End Times, The Latter Days, The Mark of the Beast, This Side of the Whirlwind

The Beast’s bear attribute will present a calculating, sly, smooth personality with a slippery nature and character.

The Anti-Christ, more accurately termed “the Breast” will appear quiet and unassuming at times appearing to be slow to show his anger or hatred openly.[1] However, the Beast will be extremely vengeful and unforgiving as he moves purposefully and stealthily against anyone who offends or opposes his short reign.

The Beast and False Prophet

The most well-received interpretations for the Great Tribulation determine the entire world must be brought to the brink of an apocalypse before the Beast rises up and offers his startling solutions to the world’s current predicaments. According to these teachings, the Beast will be so well received and well respected, humanity will find it nearly impossible to believe he is in fact the malevolent creature spoken of in the books of Ezekiel, Daniel, and Revelation. He will also be the individual known as the King of the North from the text of Daniel 11. This Satanic personality will not look, sound, or behave like a religious fanatic. Nevertheless, behind the scenes, he will utterly oppose God and His holy people. Though he will be a man of blasphemies, destruction, and much death, he will also hide his baser nature while entering in peaceably and with flatteries into an office of great power. The world leaders and their communities will marvel as the Beast

accomplishes great wonders no one before had ever accomplished. He will change times, customs, and laws to suit his needs, unlike any other frontrunner. This world leader will spread the wealth of his success among his peers and furtive peoples of power, thereby gaining their loyalties, fidelity, and support. The world will perceive him a great man with tremendous leadership skills. Unfortunately, he will efficiently hide his great insecurities and fear. Even as he drowns in a glut of insecurities, the END_OF_DOCUMENT_TOKEN_TO_BE_REPLACED

God, God is Great!, Prophecy, The Beast, The End Times, The Great Consummation, The Latter Days, The Mark of the Beast, This Side of the Whirlwind

Personality Traits of the Beast

Scripture indicates the Beast will manifest several animalistic personality traits (Revelation 13:2). One of these traits is that of a leopard, reflecting his willingness to kill. He will be swift on his feet, quick-witted, and able to turn an entertaining phrase. 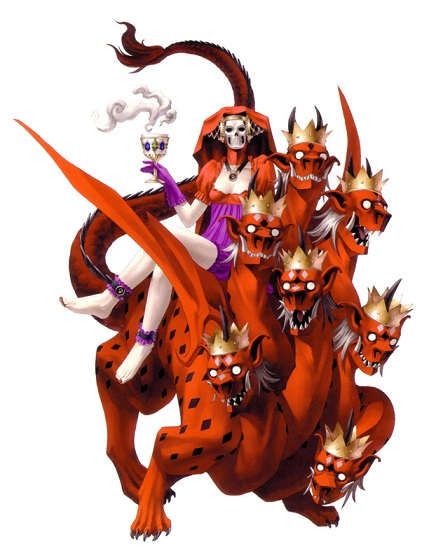 END_OF_DOCUMENT_TOKEN_TO_BE_REPLACED

God, God is Great!, Hearing God's Voice, Prophecy, The Beast, The End Times, The Great Consummation, The Great Tribulation, The Latter Days, The Mark of the Beast, This Side of the Whirlwind

Believe it or not, these statements are true blue.