If it’s been a while…  take a few moment to read “A Cheesy Religion” starting (of course) with Part 1.

A Cheesy Religion has 9 parts if you include the epilogue.

It was fun reading it the first time.  Look for elements you missed on your first time thru.  Have a Blessed DAY!

Fiction, Short Story, Steven R. Harrel for This Side of the Whirlwind, TSWW's The Night Watch 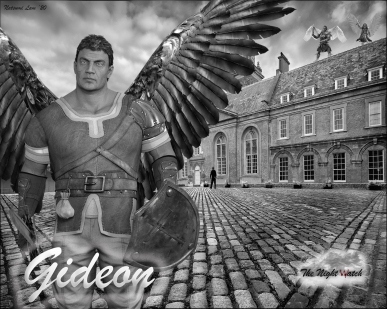 Senegal was so startled he nearly fell from his perch, “Ah!  You’re always so quiet, Joy!  Can’t you just announce your arrival?”

“I like keeping you on your wingtips, Senegal.” Joy giggled.

Even as irritating as Joy could be Senegal appreciated Joy’s personality quirks; she giggled.  None of the others giggle, much less laugh and he thought her giggling was so… so, human of her.  It amused him. “Back for another session with TS, I see?” Senegal asked as he returned his attention to the baleful scenes developing below.

“No.  Not yet.  Just between.  I don’t need to return until after this evening’s encounter.” Joy flicked an imaginary speck from Senegal’s shoulder.  “Has any of the opposition popped their ugly little heads up yet?” END_OF_DOCUMENT_TOKEN_TO_BE_REPLACED

※ World-News-Today: Over the past three weeks China’s Shaanxi Province has reported more than 130 deaths stemming from the unusual disease known as Jameson’s.  The development of Jameson’s Disease in the isolated province of Shaanxi has prompted numerous theories as to how the disease could have crossed such remote Chinese borders without effecting nearby cities or villages.  So far, not a single residence in surrounding communities has tested positive for the pathogen. Earlier this week the WHO responded to Chinese outcry by dispatching additional Health Squads to Shaanxi Province and neighboring communities.

Fiction, Hearing God's Voice, Miracle, Short Story, Steven R. Harrel for This Side of the Whirlwind, TSWW's The Night Watch

TS, Carl, Brian and Mike were perched near the top of the Breakdown-Room for nearly half an hour cracking jokes and making light of the perilous sloop they’d just ascended.

Brian groaned as he stood, “Hey guys, let’s get going.”

Everyone was excited to press on in their netherworld adventures.

As they climbed away from the Breakdown Room they stepped through a smooth oval portal which opened into a large columned chamber.  In numerous places stalagmites and stalactites filled the room from ceiling to floor with dozens of smaller columns standing like Sentinels in the darkness of this underworld kingdom. 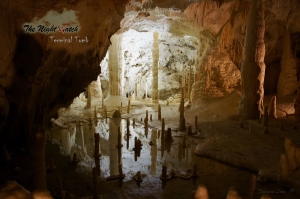 “Hey man, there are a lot of stalactites dangling from that ceiling above.” Brian pointed to a singular spiraling stalactite which he said looked like the end of an old scroll.

Carl responded, “Yeah, and that cadre of stalagmites there, indicating a crowded group which followed the contour of the room, looks like a platoon of Sentinels standing guard over that passageway.” END_OF_DOCUMENT_TOKEN_TO_BE_REPLACED

In the darkness Julia twisted violently towards Jax slamming her face against his shoulder before brutally scratching at his head, back and shoulders. 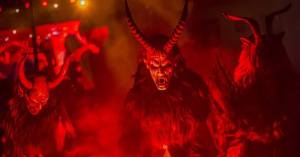 Because tonight was the third night Julia had lashed out in her sleep, Jax was Johnny-on-the-spot ducking and covering to protect himself.  Jax was also concerned Julia’s assaults might result in her injuring herself.  It’d been more than three weeks since Julia began experiencing dark and mysterious dreams; violent forceful dreams her Psychologist termed, “Night-Terrors”. END_OF_DOCUMENT_TOKEN_TO_BE_REPLACED

Today our nation institutes a new financial system, the EMV-Payment System, which goes into effect in these United States today, October 1st 2015.  The United States is the last nation in a long line of nations to convert to this new global financial networking system.  The new system offers Users near instantaneous and secure access to personal bank accounts anywhere around the globe.  Credit Card customers will now have the opportunity to use their Credit/Debit Cards in every port, city or township throughout the world.  America, welcome to your future! END_OF_DOCUMENT_TOKEN_TO_BE_REPLACED

Fiction, From The Heart, Short Story, TSWW's The Night Watch

If you’ve enjoyed the series “The Night Watch” please pass it on to your family and friends.

Things are just getting started and about to heat up even as things have been heating up in our world.

Jesus said, “I must do the work of Him who send Me while it is yet day; for the night (The Night Watch) comes when NO MAN can work.

We are living The Night Watch.  The time of the End IS here.  The Night Watch is bringing you real life examples of what is happening all over the world in THIS COMING STORM.

Send this fun fiction story with real life applications to all your family and friends so when they begin to see these “fiction” stories playing out in their world they might begin to prepare for the coming of the Great Tribulation of the Great Consummation.

For now, enjoy THE NIGHT WATCH!

Thursday, October 19th, 2017, One day after the Chicago Incident

Jackson Blvd; that would be equivalent to about two blocks in any direction.

“I don’t care what your stinking excuse is Jax, you somehow allowed those two-bit preachers to dodge us all night, time and again!” Sandar said yelling in Jax’ face, “And I can’t believe you’re blaming Julia for stopping you!  It would’ve been, uh, uh, such perfect timing.” Raising his voice another decibel Sandar shouts, “Aah, you imbecile!”

Outrage coloring her face, Julia joins the shouting spree, “Listen here, Mr. Sakarri, I will not be spoken about or to in that fashion!  Jax neither allows nor…!”

“Ah, shut up you stupid woman!  You ruined everything!” Sandar sneers at Julia as he turned towards Jax again. END_OF_DOCUMENT_TOKEN_TO_BE_REPLACED

Mike Maylers and TS Whirlwind arrived early to Chicago’s University campus.  Without question the two friends knew they were behind enemy lines here at Chicago U.  They arrived early to ensure they could set up for Mike’s presentation in Polonsky Hall before opposition could arrive and create obstacles.

According to Dr. Maylers, presentations at Universities were well worth the troubles

they evoked given the opportunities they also provided for networking and connections and meeting scientists he would not otherwise likely meet.  “Chicago U,” he said, “provided just such an environment with several Scientists’ writings suggesting friendly advocacy towards Intelligent Design (ID).” Still, opposition was likely and even expected in these bastions of Darwinian obstinacy.

Just two week earlier protests on this very campus, though in a different Hall, stifled Doctor Fredric Tour, a Professor of Chemistry and Theoretical Mathematics from the University of Harvard.  Doctor Tour’s presentation focused on Nano-Technologies, graphene nanoribbons and some of the more recent scientific developments in science including both Biological and non-Biological Systems; pointedly, Dr. Tour’s areas of scientific research in many cases robustly supported Intelligent Design, leastwise with regards to the origins of first life and or proto-cellular development. END_OF_DOCUMENT_TOKEN_TO_BE_REPLACED

Fiction, From The Heart, Short Story, Steven R. Harrel for This Side of the Whirlwind

Shana raised her voice to get over Daniel’s loud demands, “Mommy, what’s that cooking on the stove?  I want some too!  I want some, mommy.”

Nancy and Tom looked over and saw a very large pot steadily bubbling on their kitchen stove.

The Musicians and Choir were just finishing their last stanza of Steven R. Harrel’s, “You Lift My Soul”.

Today was Johnathan and Annika Cole’s first service at Shire Community Church on the outskirts of Williams Arizona.