7 Years of Judgment, God is Great!, Hearing God's Voice, Prophecy, The End Times, The Great Consummation, The Latter Days, This Side of the Whirlwind

The continuing excerpt from the previous blog “Divisions Made Splittingly Clear Part 1” presents the conclusion to this post series taken from, “This Side of the Whirlwind, The Coming Apocalypse” chapter 13; subsection “The Seven Seals” pages 201-203) and provides the conclusion to this amazing glance into God’s long-game for humanity’s salvation.

As mentioned in the previous blog, the opening of the little book with the seven seals

is the literal opening of God’s agenda for the END of the Time of the Gentiles also called the Church Age.

Opening the seven seals represents tangible actions not only in the heavens but also here on earth which are leading to the Great Consummation to include the Tribulation Period, Rapture and Wrath of God.

These are both exciting and fearful times in which we live, Brothers and Sisters in Christ.

Thank You, Lord Jesus – I am Saved!

I hope you enjoy the balance of this blog.

Should you desire more information and in greater detail get your copy of, “This Side of the Whirlwind, The Coming Apocalypse.”

Here is where we left off:

…In these verses, Jesus is the Lamb of God slain for humanity. The imagery in verses 5 and 6 relates to the prophetic fulfillment of the first four edicts taken from Daniel 9:24, which placate the laws of Moses, abolishing or washing away all impartation of sin through His shed blood. In verse 6, Jesus is seen as, 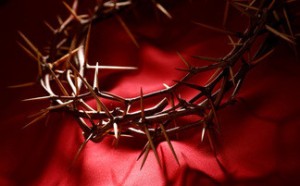 “… A Lamb as though it had been slain, having seven horns and seven eyes, which are the seven Holy Spirits of God sent out into all the earth.” This is Christ’s evangelical mission statement for the Church Age. The symbolism taken from verses 5, 6, and 9 further presents Jesus as the Messiah and the only one who is now worthy to receive and open the seven seals. Jesus has become the Savior, Christ, and Messiah.

But one of the elders said to me, “Behold, the Lion of the tribe of Judah, the Root of David, has prevailed to open the scroll and to loose its seven seals.” And I looked, and behold, in the midst of the throne and of the four living creatures, and in the midst of the elders, stood a Lamb as though it had been slain, having seven horns and seven eyes, which are the seven Spirits of God sent out into all the earth. Then He came and took the scroll out of the right hand of Him who sat on the throne. (Revelation 5:5–7 NKJV)

It is important to recognize the two distinct embodiments of Christ as they are differentiated within Revelation 5. The first four verses are taking place during the end of Christ’s ministry when Jesus is not yet considered worthy to take the book or open its seals. This is the initial period of the angel’s petition from the heavenly realm. At that time, Jesus is not found worthy to open the book or seals. Once crucified and resurrected, Jesus brings the first half of Daniel’s seventieth week and prophecy to a close. Forty days later, shortly before the day of Pentecost, Jesus ascends into the heavenly realm, ending the first three and a half years of Daniel’s prophecy.[1]

The second incarnation of Christ can be found in verses 5 and 6, taking place just before the Great Consummation begins but after Christ’s crucifixion. According to the vision, Jesus steps from the heavenly realm into a time just before the beginning of the Great Consummation. Bear in mind, John is seeing these events through a divine vision, which allows him to perceive events through time relative to both halves of the seventieth week. Through John’s vision, he is able to perceive and witness the split-versing phenomenon, experiencing both periods of three and a half years as if they were connected by mere moments. In truth, the two events are separated by more than two thousand years even as the seven weeks, sixty-two weeks, and one week segments of the Seventy Weeks of Daniel prophecy are prophetically fulfilled over two millennia. Through his divine vision, John is able to see both halves of the seventieth week as if they were simply connected by mere moments. John’s vision displays Christ as unworthy one moment in verses 1 through 4 and then worthy only moments later in verses 5 and 6. Split-versing explains the disassociation that takes place between these two sections of scripture and prophecy. Through His ministry and crucifixion, Jesus completes the first four edicts found in Daniel 9:24, providing the mechanisms necessary for salvation potentially to the entire world. Following Jesus’s resurrection, He then ascends to be with His Father. Though two thousand years has elapsed here on earth, in John’s heavenly vision, he perceives Jesus stepping from the first half of the seventieth week into a time just before the second half of the seventieth week. Only after completing the first four edicts and the first three and a half years of the seventieth week can Jesus then become the “Lion of the Tribe of Judah.” Jesus had to fulfill the first four edicts in order to become our Savior and He who is able to open the seven seals. 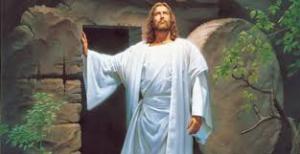 He was crucified and was resurrected. The verse states, “… You are worthy to take the scroll, and to open its seals; for You were slain, and have redeemed us to God by Your blood out of every tribe and tongue and people and nation” (NKJV). Between the two embodiments of Christ, there exists a major fulfillment, which permitted Jesus to fulfill the first half of the covenant of Jesus Christ.

Take a moment to examine the differences and distinctions between “Jesus the Christ,” who had not yet given His life for the sins of the world, and “Jesus the Savior,” who did give His life for humanity and to fulfill the prophecy. As with many of the deeper issues within the Word, it often requires effort to determine God’s intended message.[2]

As Jesus opens the little book and releases one seal after another, the visions and prophecies prepared for the Latter Days begin to unfold and be fulfilled. The first four seals release the Beginning of Sorrows. The fifth seal takes place during the Tribulation Period of the Great Consummation when the Beast shatters the power of God’s holy people and thus separates the sheep from the goats.[3] This is the process by which the hand of God identifies the committed believer or true Christian and the pseudo-Christian, thus the great and fiery crucible, which will allow the Bride of Christ to make herself ready for her Husband before the Rapture and the Marriage Supper of the Lamb.[4] The sixth seal begins with the Rapture as all the earth sees the coming of Christ, the gathering of His saints, and the trembling of the secular world in great fear. At that time, according to Revelation 6:15–17, every individual remaining on earth will attempt to go into hiding for fear of God and His wrath to come. God willed the world to know He is God and He has fulfilled His Word and purpose:

“Thus I will magnify Myself and sanctify Myself, and I will be known in the eyes of many nations. Then they shall know that I am the LORD!” (Ezekiel 38:23 NKJV).

The seventh and last seal will not be released until the 144,000 Elect have received 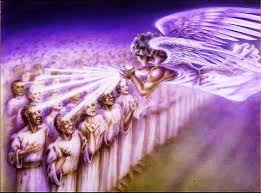 the seal of God written in their foreheads. The seal of God is not one of the seven seals; rather, it is a title of ownership given to protect the Elect of God from God’s Wrath to come. The seal for the 144,000 Elect is the name of God.[5] The opening of the seventh seal releases the seven angelic trumpets of judgment, triggering a deluge of God’s Wrath.[6] Ultimately, the seven bowls of wrath will be poured out over the false religions, their organizations, and every religious person the world over.

The remaining text from Revelation 5:8–14 speaks to the chorus of heavenly worshippers giving glory to God and especially His Son, who is now worthy to open the book and its seals. By the end of the seventieth week, Jesus will bring the Time of the Gentiles to a close. The Great Consummation is the second half of the covenant and begins the second half of the seventieth week. Though much of the text will result in otherworldly or supernatural events taking place in our natural world, John experiences these events during his visions, many of which took place in the heavenly realm. Let us now see what scripture has to say regarding the seven seals.

Popular End Times teachings present a scenario where the world as a whole suffers an apocalypse; however, biblically the apocalypse first applies to the Body of Christ as the Beast shatters the powers of God’s holy people, scattering the saints of God throughout the world’s wildernesses and primitive areas. It is the saints of God who will suffer the first apocalypse, which will take place during the Tribulation Period of the Great Consummation. This is the crucible that God uses to prepare the Bride of Christ for the coming of His Son. It is not until the advent of God’s Wrath that the world will suffer its apocalypse for approximately one year.

To ask questions or get further information feel free to contact us at: