7 Years of Judgment, God, God is Great!, Hearing God's Voice, Love, Prophecy, The Beast, The End Times, The Great Consummation, The Great Tribulation, The Latter Days, This Side of the Whirlwind

Ask yourself this questions:
Where am I truly when it comes to my relationship with my Savior, with Jesus?
Who is sitting on the THRONE of my heart; whose WILL governs my “every” day?
Should the Great Consummation begin today and THE messenger of the Lord appear in my community fulfilling his role;
Where would I stand (Right Now) in my walk with God?
Here is a paraphrased passage from the book of Malachi 3:1-7a

“Behold, I am going to send My messenger, and he will clear the way before Me. And the Lord, you are seeking, will suddenly come to His temple (your soul); and the messenger of the covenant, you are to delight with, behold, even He is coming,” says the LORD of hosts.  “But who can bear the day of His coming? And who can remain 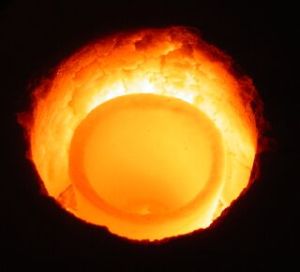 standing when the messenger appears? For He is like a refiner’s fire, a crucible and like fullers’ soap.

He will sit as a smelter and purifier of silver, and He will purify the sons of Levi and refine them like gold and silver, so that they may present to the LORD offerings in righteousness. Then the offering of Judah and Jerusalem will be pleasing to the LORD as in the days of old and as in former years.
“Then I will draw near to you for judgment; and I will be a swift witness against the sorcerers and those who do witchcraft and against the adulterers and against liars, and against those who oppress the wage earner in his wages, the widow and the orphan, and those who turn aside the stranger in their lands and do not fear Me,” says the LORD of hosts. 6 “For I, the LORD, do not change; for this reason, O sons of Jacob, are not consumed.
“From the days of your fathers (at the beginning of Israel’s relationship with God) you have turned aside from My Laws and Commandment and have not been faithful in them.
Return to Me (Oh My People), and I will return to you,” says the LORD of hosts.’
Do you know how far it is to the coming of the Tribulation Portion of the Great Consummation?
The beginning of the Great Consummation “IS NOT” far off.
For those who have read our book, “This Side of the Whirlwind, the Coming Apocalypse”… you know we are on a very short countdown to the Great Tribulation, the overwhelming Crucible and time of trouble which precedes the Second Coming of Jesus Christ and the Rapture of the Saints of God.
Regardless of the LIES you have been taught about either an ongoing millennium or the foolishness of the Preterist viewpoint teaching the Body of Christ is the continuation of Israel’s mandate before God OR most dangerously the Pre-Tribulation Rapture FALSE hope that Christians will be Raptured before the “Biblically Unsupportable” seven year time of God’s Judgment; regardless of these false teachings WE NOW KNOW due to recently released — Time of the End — revelation from God that we are living in the Beginning of Sorrows at this very moment.
The Great Consummation is less than 10 years away.  We do not know the specific time, day or hour; however, we do know the Great Consummation presents the fulfillment — completion of the Second Half of Christ’s Covenant which is the contract by which we have all been saved by the blood of the Lamb. 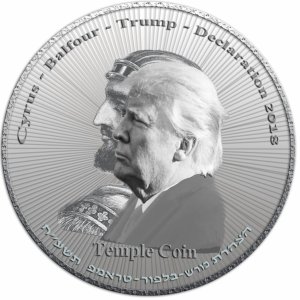 We know through the fulfillment of several prophecies (Hosea 3:4-5; Jeremiah 16:14-16; Jeremiah 23:7-20 and the list goes on) that the Great Consummation is connected with the amazing restoration of Israel and the Parable of the Fig Tree and several equally amazing and connected prophecies that the Return of Christ needs to take place “within” 80 or less years from the beginning of the Latter-Days (Psalms 90:10).
All I’m trying to say here is… “The world as we currently know it” is about to come to an abrupt end.  That does not mean the earth will explode or be engulfed in flames; rather, when Jesus returns at the end of the Great Consummation He will overwhelm the armies of the world; destroy “THE Beast/Anti-Christ” and False Prophet; cast the actual being “Satan” into a one thousand year prison AND THEN seize control of our entire world.
Remember, Jesus is not JUST a man; significantly, Jesus is God, the Word made flesh.
The return of Jesus as Lord, Savior and Messiah to the Jews had to take place during some generation of Mankind during the course of human existence.
Just like birth comes at the end of its proper gestation period… eventually the birth of a new and exciting life was destined to springs forth with Jesus returning to assume His proper role as King of all kings and Lord of all lords for the one thousand year reign of Jesus Christ.
We are almost there.
If you have not done it so far… It is time to “Accept the Challenge” so you will know exactly what to expect over the next few years as The Great and Terrible Day of the Lord comes upon us. 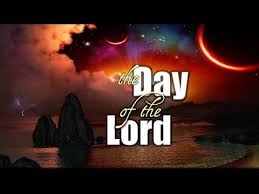 Last thought: We Christians have no reason to fear the coming of the Lord!
Just PREPARE!