From The Heart, Prophecy, Salvation, Steven R. Harrel for This Side of the Whirlwind

God provides a means of escape

for anyone and everyone

who will choose Him

But when the fullness of the time was come, God sent forth his Son, made of a woman, made under the law, to redeem them that were under the law, that we might receive the adoption of sons. And because you are sons, God hath sent forth the Spirit of his Son into your hearts, crying, Abba, Father. (Galatians 4:4–6 KJV) 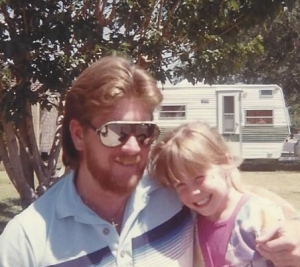 In previous Fullness of Time events God sent PRELUDES into our world and THEN God sent Jesus, His Son, to provide salvation for the world. The next great crossroad, the next coming Fullness of Time will bring the full measure of sin and that to its zenith.  This era is nearly upon us, the world.

Daniel 8:23 expounds upon these preludes to this period known as the Latter Days.  It will be a time in which the sinners of the world will achieve an unbelievable and unprecedented level of wickedness.  According to scripture the sinfulness during the Great Consummation will fill the proverbial cup of the wicked to its fullest level in the history of the world.

Tragically, humanity will be judged and based on this truth it may seem as though God only cares about judgment or punishing humanity.

In fairness, God has given multiple millennia to His message and two millennia specifically to the saving grace of Jesus Christ.  Because of God’s great mercy hundreds of millions of people heard, received and believed on Jesus before the world’s judgment could finally come due.

This is that Covenant you’ve seen or heard referenced in our materials.  At the end of the Great Consummation wickedness will deliver many to destruction.

Remember, for thousands of years God’s plans for humanity have been good and not evil.

The Body of Christ stands as evidence to this deafening fact.

Just because God loves everyone does not mean everyone loves God in return.

“O taste and see that the Lord is good: blessed is the man who trusts in him” (Psalms 34:8 NKJV).

“The Lord is good, a stronghold in the day of trouble; and He knows those who trust in him” (Nahum 1:7 NKJV).

God ordained the Amorites to be overrun and utterly destroyed by the Israelites; even so, the sins of the Amorites needed to reach their zenith before it was time for the Israelites lead by Moses[1], to fully destroy their peoples and seize their land; now Israel.

In like fashion, the sins of humanity as a whole will reach its zenith by the end of the Tribulation Period and then God’s Wrath will fall.

When sin has reached that full measure, God’s wrath and quelling judgment will descend upon humanity without recourse or mercy (Daniel 8:23–25, 2 Thessalonians 2:11–12).

A sad truth, anyone who is not saved when the Great Consummation begins will forever be damned. There will be no escaping God’s wrath or His eternal judgment.

The Body of Christ will be spared the Wrath of God because they are currently saved and excluded from judgment ONLY by the blood of the Lamb.[2]

Tragically, it will be too late for the unsaved of the world and sadly many who knew Jesus but decided they needed to take the Mark of the Beast more than they needed to remain faithful and endure to the end.

“That in the dispensation of the fullness of the times He might gather together in one all things in Christ, both which are in heaven and which are on earth—in Him” (Ephesians 1:10 NKJV).

God has, at different times and in various ways, established His plan beyond human comprehension.

God provides a means of escape

for anyone and everyone

who will choose Him

Unfortunately, once the Great Consummation has begun, it will be too late for anyone not currently saved.[3]

If the Great Consummation has not begun – – – salvation is still on the table, but for how long?

When this great time of trial begins, anyone who is not saved will be unavoidably damned.

Once the end has begun, salvation will become inaccessible to the unsaved populations of the earth. It is a matter of the mechanics of God’s plan for the Covenant of Jesus Christ.

It will become too late!

Until that time, seek God with all your heart, mind, and soul, developing a genuine relationship with Jesus Christ.

Do not trust in your own understanding, but trust God and His Word to save your eternal soul!

That whosoever believes in him should not perish, but have eternal life. For God so loved the world that he gave his only begotten Son, that whosoever believes in him should not perish, but have everlasting life. For God sent not his Son into the world to condemn the world; but that the world through him might be saved. He that believes on him is not condemned: but he that believes not is condemned already, because he has not believed in the name of the only begotten Son of God. And this is the condemnation, that light is come into the world, and men loved darkness rather than light, because their deeds were evil. For every one that does evil hates the light, neither comes to the light, lest his deeds should be reproved. But he that does truth comes to the light, that his deeds may be made manifest that they are done in God. (John 3:15–21 NKJV)