Accepting the Challenge!, Hearing God's Voice, Prophecy, The Beast, The End Times, The Great Consummation, The Great Tribulation, The Latter Days, This Side of the Whirlwind

Hey hoe on we go…

In the previous blog, The Hidden Agenda: https://thissideofthewhirlwind.wordpress.com/2018/02/05/the-hidden-agenda-this-side-of-the-whirlwind/, it was proven (that’s right, I wrote “proven”) that God concealed a portion of the End Times message (hiding it from the world) until the Body of Christ was actually living in/during the Latter Days. 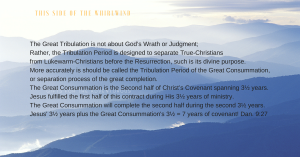 Believe it or not, we are currently living in the Latter Days now; leastwise, since 1948.

Today we are going to cut to the chase rather than break the message down into its relevant and significant parts as was carefully done in the series: “He Shall Confirm a Covenant 1-7” listed below:

By the way, if you want Biblical proof for what IS being said here please take the time to read through my book, “This Side of the Whirlwind, The Coming Apocalypse” and/or read the above blogs. The book will provide a much more in depth and detailed study which will greatly enhance and verify all the proof you will ever need on this subject of End Times and the Great Consummation.

So let’s jump right in. 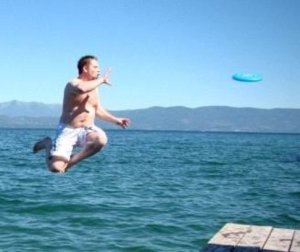 Q1) Apart from the aforementioned references to my blog: https://thissideofthewhirlwind.wordpress.com/ or the book, “This Side of the Whirlwind,” had YOU ever heard or read about the “First Half of Christ’s Covenant”?

Even if you think you have not, you’ve probably heard of the Bible, yes?

When we get “Saved,” each one of us is entering into a solemn salvation contract between us and God which includes both conditions/requirements and of course breaches in contract (things that break the contract).

As you are likely aware, the New Testament is primarily concerned with the First Half of the Covenant (the Blessings half) which Jesus began to fulfill in Luke 4:14-21; most would likely only recognize this as the salvation message and would not likely recognize it to be the First Half of a two part covenant.

Whether you realize it or not, Jesus’ covenant required 3½ years for Jesus to fulfill/complete His ministry, life, death and resurrection.  The Bible calls this half of the contract “The Acceptable Year of the Lord” from Isaiah 61:1-2.

Q2) Prior to reading this blog or “This Side of the Whirlwind” had you heard or read anything about the “Second Half of Christ’s Covenant”?

Well, actually you have if you’ve heard or read about the Great Tribulation.

So why doesn’t every Christian know about the Second Half of Christ’s Covenant”?

Because it was hidden!

The simple truth behind God’s, “The Hidden Agenda” is that God intentionally concealed the Second Half of the Covenant until the Body of Christ had entered the Latter Days.

Guess what, the Latter Day are taking place NOW as we, the Body of Christ, are living in the time of the end.

The Bible calls this epoch period the “Time of the Gentiles” or as most would recognize it, the End of the Church Age.

So how did THE CHURCH get it so mixed up about the End Times?
Firstly, because God’s Word told us He was not allowing the entire End Times message to be released –until the time of the END and we thought we could figure it out on our own.

I know, not to bright on the part of the Theologians and Scholars and Priests and Pastors all of which thought they could create an End Times doctrine delineating God’s plan for the End of Days without the REST of the STORY. 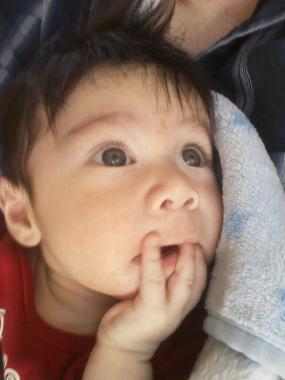 Because Christendom did not have even half of the overall message until recently we (the Body of Christ) totally botched the job (message) something horrible.

This is the reason Christendom has five broken doctrines on the End Times and why each message is so easily proven wrong or in error. Here is a list of the most commonly mistaken doctrines:

Talk about messing things up, Wow!

Then, in 2006 God began giving me the message for “This Side of the Whirlwind, The Coming Apocalypse.” This is that message which the Prophet’s Daniel and John (writers of Daniel and Revelation) were told to conceal. 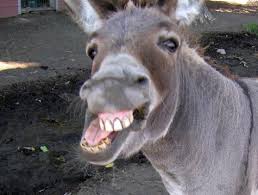 Q3) Why did God give this message to me?

A3) You’ll just have to read the “True-Life” series to discover the whys and wherefores because it is just too long of a story to list here.
Believe it or not, “This Side of the Whirlwind” brings the balance of God’s End Times program to humanity.

Oh, that’s how he knows this stuff no one has known for nearly 2000 years.

Yep, that’s it! God imparted the information after training me -since birth- to hear His voice.  The process required nearly 35 years.  To understand this last statement or gather its truth you’d have to read some or all of the “True-Life” series found at: https://thissideofthewhirlwind.wordpress.com/2016/05/04/this-side-of-the-whirlwind-true-life/

Take a chance, what else have you got to do?

Just so you know, there are over 50 blogs in the series, so have fun because I am fascinating. Yeah, right.

Well, what the Lord did in my life is more than amazing.

So now that we’ve covered the basics, let’s correct one of the biggest End Times misinterpretations throughout scripture; a passage found in Daniel 9:27.

The Body of Christ is literally 180° off course because of their misunderstanding of the pronoun “He” in Daniel 9:27.

Again, you will get a much better understanding is you read the message in, “This Side of the Whirlwind, The Coming Apocalypse.”

Okay, let’s look at it here…

And he shall confirm the covenant with many for one week: and in the midst of the week he shall cause the sacrifice and the oblation to cease, and for the overspreading of abominations he shall make it desolate, even until the consummation, and that determined shall be poured upon the desolate. (Daniel 9:27 KJV)

In this blog we’ll just start with the first half of Daniel 9:27:

And he shall confirm the covenant with many for one week: and in the midst of the week he shall cause the sacrifice and the oblation to cease,

It is important to understand – the bulk of the Christian world thinks the pronoun “He” in Daniel 9:27 relates to the “Anti-Christ” or more appropriately “The Beast”; unfortunately, the End Times’ world could not be more mistaken! 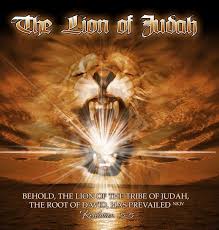 Check this out… The verse in RED:

[will strongly/powerfully establish or make happen]

[a blood covenant such as the one established between God and Abram in Genesis 15: 1-18. Abram offers an animal sacrifice where God passes through the blood and between the animal parts to strongly establish or create a powerful and divine blood contract between Himself and humans.]

[not with everyone because God’s Word says,

and in the midst of the week

[at the middle of the seven years mark: 3½ years]

shall cause the sacrifice and the oblation to cease,

[will cause the sacrifices and offerings for sin to come to a conclusive end/to stop.]

Isn’t this exactly what Jesus did during His ministry?

For 7 years Jesus strongly established a Blood Covenant with many, not everyone.

In the middle of that 7 year covenant, the 3½ year mark, Jesus gave Himself as the sacrificial Lamb of God shedding His blood to reconcile people’s individual sins according to God’s commandments.

At the end of Jesus sacrifice on the cross Jesus cried out with a loud voice and said, “Father, ‘into Your hands I commit My spirit.’ ” Having said this, He breathed His last.

In that moment the veil of the Temple was torn in two – exposing the Holy of Holies and thereby bringing all offerings and sacrifices to a dramatic and complete halt. Remember, it was Passover when Jesus was sacrificed.

Thus far, Jesus confirmed a blood covenant with many for 3½ of 7 years. In the midst of that 7 years Jesus’ death caused the veil of the Temple to be rent or torn in two causing the sacrifices and oblations in the Temple to cease.

Oh yeah, what about the other 3½ years?

We call that 3½ years the Great Consummation or as some mistakenly title it, the Great Tribulation which they mistakenly believe spans 7 years. Oops!

Can you even imagine Satan’s “Beast” strongly forming a blood covenant with humanity for 7 years; let alone keeping his word for more than a few months at best?

And what about causing the sacrifices and offering to cease?

We know Jesus did that…

You see, Jesus has already fulfilled the first half of the covenant.

The 3½ years of the Great Consummation or the Great Completion of Christ’s Covenant is the only message which fits correctly into God’s Word and plans for the Body of Christ.

There is so much more to know and understand.

Don’t go bonkers, just tune in next time and see…?