God is Great!, Hearing God's Voice, Meaning of Life, Prophecy, The End Times, The Great Consummation, The Latter Days, This Side of the Whirlwind

70 Weeks of Daniel 4 is a continuation of the previous blog. 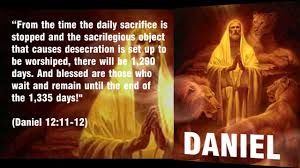 In previous blogs we have touched upon scriptures which confirm portions of the End Times message were withheld until the Latter Days were upon the world (Daniel 12:4 and 9 and Revelation 10). A partial blinding in part until the Time of the End was upon the world. This area presents just such information.

Based on the verbiage in Daniel 9:25, which states, “… That from the going forth of the command to restore and build Jerusalem until the Messiah the Prince, there shall be seven weeks and sixty-two weeks …”.  Today, it should be obvious to scholars that King Cyrus issued this prophetic command. The prophecy in Isaiah 44:28 through 45:1–13 specifically points to King Cyrus as the one who would issue the command. However, because of what appears to be a scattershot approach of the 101 years between King Cyrus’ command and the completion of the wall in 437 BC, scholars shied away from investigating or acknowledging the start date of 538 BC. Frankly, with the explanation now forthcoming, it should now be much easier to understand the fulfillment of this segment of the prophecy.

Before God removed the blinders in 2006 the following information was not available to the world short of divine revelation. The following information could not be substantiated through conventional means because God was continuing to withhold the revelation until its appropriate time of release as determined by the Lord. Though I personally received the revelation in 1985 and then applied myself to the two years of research it required, the case was still difficult to prove or confirm as an objective truth and I had zero idea I would one day need the research for writing book.  I refer specifically to the concept of 101 chronological years equaling forty-nine nonconsecutive years. With this in mind, know the sequence of events and following testimonial, information and explanation are true and presented to the best of my ability.

Long before I began to write, “This Side of the Whirlwind, The Coming Apocalypse” the Lord introduced me to the concept of consolidating all the years and months the Israelites worked to restore Jerusalem, the Temple and its walls. Here is that “True Life” story.

One night after church in 1985, I learned current End Times doctrines failed to accurately develop a reliable starting or stopping point for the seven weeks segment of the Seventy Weeks of Daniel prophecy. Most current and accepted doctrines tended to place the seven weeks starting point following Artaxerxes’ decree of 445 BC. As will soon be obvious the Artaxerxes’ time line cannot work.

On my way home from church that evening, God once again imparted a revelation in the form of a question. The Lord asked, “Wouldn’t it be amazing if the forty-nine years of the seven weeks [segment] were just a consolidation of all the years and months the Israelites actually worked on [restoring] the city and the walls?” I immediately realized the question was more than my own ruminations. As a result of hearing the Lord’s question, I began examining time related resources within Ezra and Nehemiah to find answers. Nearly two years later, after researching the Bible and a variety of other theological resources, data revealed a period spanning between forty-eight or fifty-two years for which the Israelites had actually labored to restore Jerusalem, the temple, and the wall. From 536 BC until the wall’s completion in 437 BC, numerous interruptions, including minor wars, skirmishes, and raiding parties from surrounding tribes, caused temporary and long-term work delays to Jerusalem’s reconstruction (Ezra 4:1–24). I pursued an exhaustive chronological search, which revealed the consolidated number of years for the Israelite’s reconstruction. The reports of Israel’s forced delays and repeated interruptions are well-documented. For nearly one-hundred years, the Israelites worked sporadically. Due to the aforementioned issues, the Israelites placed half their workforce on guard duty, sword in hand, while the other half labored toward Jerusalem’s reconstruction (Nehemiah 4:8–23). Obviously, splitting their workforce would cause additional delays. According to Josephus, the walls were finally completed near 437 BC.

With all research and data compiled there was a deviation of only two to three years based on information approximately twenty-six hundred years old. Bear in mind, when God first placed this thought in my mind, the likelihood of Jerusalem’s reconstruction project spanning just forty-nine years out of 101 years was “to me” a monumental long shot. 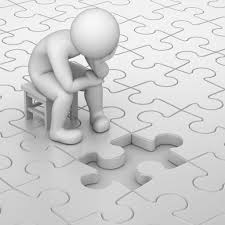 The seven weeks segment of the prophecy began with King Cyrus’s decree and ended with the completion of Jerusalem’s wall. With the entire project spanning 101 years what were the odds the Israelites period of labor would collectively span forty-nine years? Pretty slim, I thought.

Josephus dated the completion of Jerusalem’s wall near 437 BC, with a start date of the overall project somewhere between 538 BC to 536 BC. Research resulted in a consolidated number of years for Israel’s labors between forty-eight and fifty-two years. Who besides God could have known?

Should completion of the wall have been calculated from 436 BC, instead of 437 BC, and with a start date between 538 BC to 536 BC, the consolidated number of years spanned would have totaled between fifty and fifty-two years. The variance in these two outcomes is derived from the ambiguities in data between the books of Ezra and Nehemiah as well as additional historic texts.

With an inflexible target number of forty-nine years (or seven segments of seven years) and the outcome extremes, resulting between forty-eight and fifty-two years, it is reasonable to accept the target number of forty-nine years and declare the matter chiefly resolved. It truly is the closet set available historically for the “Seven segments of Seven Weeks.” With the lesser discrepancy of minus one year or the greater discrepancy of plus two years, I attributed and accepted time line inaccuracies to a lack of precise researchable materials and an event which took place nearly twenty-six hundred years ago.

Even without exacting historical data, I, a layman, was able to reach a reasonably close, near perfect, time frame for the seven weeks segment. In my opinion, a discrepancy of only minus one year or plus two years requires a small leap of faith, especially when the event took place so many centuries ago.

Therefore, I made this leap of faith and accept the seven weeks segment as being fulfilled during the one-hundred-and-one-year period between 538 BC and 437 BC. Based on the 437 BC starting point for the sixty-two weeks segment, the time line strikes a perfectly aligned time frame with the Seventy Weeks of Daniel prophecy. No strings needed to be pulled, twisted, or fabricated! Just a slight leap of faith derived from the most precise data available.

If the “Seven segments of Seven” could have been calculated from more precise resources maybe someone could have achieved a more perfect number. As always, things related to the Lord and prophecy require at least a small leap of faith.

Stepping out on nothing until it becomes something because you trust the Lord.

We just sometimes have different expectations than God’s will affords for our lives.

[1] The definition used for the word weeks, as found in Daniel 9:24 is numerically located in the Hebrew and Chaldean sections of the dictionary under the alphanumeric H7620, meaning to be sevened [ASECB].

[4] A person who studies and writes the biographies of saints or ecclesiastical individuals of note.

[5] Referencing the King James Version of the text.