God is Great!, Hearing God's Voice, Prophecy, The Great Consummation, The Great Tribulation, The Latter Days, This Side of the Whirlwind

Now remember, though it can be… the chronology before you is not specifically intended for gentle reading; rather, the “Chronology of Revelations” is set forth as a study tool to explain the relationships between individual and specific chapters and verses as they relate to the time line of the Latter Days detailing how each chapter or section in Revelation corresponds to the three and a half years of the Great Consummation. Bear in mind, the Great Tribulation doctrines have been proven utterly in error starting with the seven years of Tribulation which is a woeful misinterpretation. 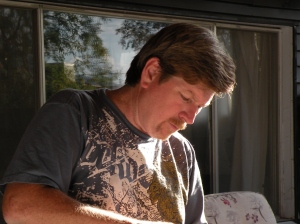 The following sections are intended to be read in conjunction with an open Bible when possible. Unlike a chronological Bible, which attempts to place the date in which a biblical book or passage was written, the focus behind the “Chronology of Revelations” here and in the book, “This Side of the Whirlwind, The Coming Apocalypse” is to prophetically identify when and where a prophetic fulfillment slated to take place in the Latter Days’ time line will actually take place in relation to Revelation and its various chapters.

We will now jump into Revelation chapters 2-5.

Excerpt taken from, “This Side of the Whirlwind, The Coming Apocalypse.”

Messages to the Seven Churches

The messages to the seven churches are covered within chapters 2 and 3 of Revelation and represent more than a single time period for each of the seven individual churches and their messages or ministries.

Each of the seven churches and their respective messages represent church dispositions and archetypes—the good, the bad, and the sinfully ugly. Collectively, the seven churches and their representations cover every age and period from inception of the Church Age to Christ’s return at the Second Advent. The Second Advent brings the Time of the Gentiles to an end. The time line for chapters 2 and 3 encompasses every Church Age since the Time of the Gentiles began. Thus, the time lines within chapters 2 and 3 are not specifically taking place during John’s lifetime but are also evolving during each successive church age as ordained by Christ.

Each of the seven messages to the seven churches represents a distinct period designed to fulfill the purposes of God as it transforms each successive church age over the next two thousand years. In other words, the two chapters cover elements of God’s plans unique to each church age and church archetype as the Holy Spirit moves and shapes each new age according to God’s will and purpose for that age. All seven representative paradigms reflecting each church age are also seen throughout the entire existence of the church and its peoples as a whole. The Latter Days are no different. Each aspect and paradigm of the church is constantly represented during the overall existence of the church, from its foundation until this moment, and will continue to be so until the coming of the Lord Himself. Chapters 2 and 3 reflect the amazing power and insight of God as He moves in the wisdom of His might and the mercy of His Word for each age and for every people.

Revelation 4 takes place in the heavenly realm, spanning several periods here on earth relative to God’s Word and ending just prior to the Latter Days. As John is carried away in the Spirit, he sees into the heavens before Christ suffers the crucifixion. John experiences this vision where he sees God’s throne as well as precursors to the coming celebration for the Lamb of God, who will be slain to redeem the Body of Christ. Readers should be able to perceive the revelation through the first four verses of Revelation chapter 5.

A more excellent clarification for chapter 5’s prophetic outline can be obtained in This Side of the Whirlwind’s chapter 13, subsection “The Seven Seals.”

The two time frames expressed in Revelation 5 cover the two three-and-a-half-year segments that make up the seventieth week of the Seventy Weeks of Daniel prophecy. The two prophetic periods are prophesied as the Acceptable Year of the Lord and the Day of Vengeance of our God.[1]

Revelation 5:1–4 takes place before and during the first three and a half years of Christ’s ministry. This period is known as the Acceptable Year of the Lord. After an extensive search has been made in the heavens, on the earth, and within the earth, no one is found worthy to open the book and release its seven seals. Bear in mind, Jesus was on earth during this period and yet no one was found worthy to open the book or its seals during the first four verses.

After the initial announcement, someone is suddenly found worthy in verse 5. The verse indicates Jesus has prevailed and has been found worthy to open the book. Verse 6 points out Jesus accomplished this when He was found standing in the midst of the throne room, the elders, and the four beasts as a Lamb that had been slain. Suddenly, in this manifestation, Jesus is now found worthy to open the seven seals of the book. The reader is informed of Christ’s change in worthiness. For through His willing sacrifice and obedience, Jesus pays for the sins of the world. Jesus then approaches the throne, taking the little book out of His Father’s right hand. Previously, in verses 1 through 4, no one was found worthy to take or open the seven seals. In verses 5 through 14, Jesus suddenly becomes worthy, being seen as a Lamb who was slain for the sins of the world. Then based on verse 9, Jesus attains His worthiness because He was willingly slain to redeem the Body of Christ standing before God.

And they sang a new song, saying: “You are worthy to take the scroll, and to open its seals; for You were slain, and have redeemed us to God by Your blood out of every tribe and tongue and people and nation.” (Revelation 5:9 NKJV)

The next five verses, Revelation 5:10–14, outline how the Body of Christ will one day become kings and priests of God who will rule over the earth under the authority of Jesus Christ. The saints of God are scheduled to rule following the second half of the seventieth week of the Seventy Weeks of Daniel when the Body of Christ enters the Millennial Reign with Jesus. The timing of this event falls into perfect sync with the Great Consummation and Millennial Reign, which follows after every knee has bowed and tongue confessed Jesus as Lord.

We’ll jump into chapters 6 and 7 in our next meeting; until then