When the Great Consummation begins, some may attempt to wait out the two and half years of the Tribulation Period hoping to survive without the Mark in a prison facility, American or otherwise. These believers should think again. Prison systems will require the Mark, a traceable identification device, be embedded within all prisoners. Every inmate will be required to use the bio-implant in order to pass through security doors, meet roll-call or record food and medical benefits received. 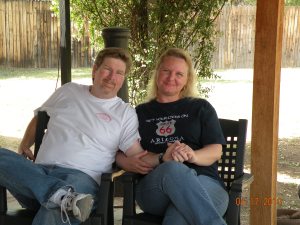 Those who choose a starvation diet rather than acknowledge or use the bio-implant will eventually become sick or emaciated. Once an inmate reaches a significant level of physical deterioration, the prison system will simply force-feed the prisoner with I-V concentrated nutritional supplements until the inmate has been returned to a state of reasonable health and well-being. When the Christian prisoner recovers enough to be returned to the general population, the cycle will begin once again. As this process repeats time and again, cycling through one starvation mode after the other and being returning to full health, the individual Christian’s resistance to the temptations, such as food and other needed stimuli, will eventually erode along with the individual’s determination to remain faithful.

With the exception of those Christians who are exceedingly strong-willed and faithful, most people will break down after only two or three repeated cycles. Before long, the believer will likely succumb and embrace the Mark of the Beast with much regret. Once the Mark has been willingly embraced, even once, the struggle will be over and it will become too late—a brutal and treacherous process at best.

What can someone possibly say to friends or family who has taken the Mark? Such individuals (previously saved or not) have now lost any connection to their salvation[1] or a genuine walk with God.

Most forsworn Christians will believe they have somehow maintained their righteous standing in Christ, even as they continue going to local churches which are filled with like-minded and fallen believers. Such miry clay.

By this point in the Great Consummation process, and it is a process, every federally authorized church will likely expel resistant Christians who refuse to bear the Mark of the Beast. It is also likely the headship will report errant believers. Any church previously accepting believers without the Mark will now be forced to close due to government mandate.[2]

As the Mark shifts from an optional product to a mandatory government ID and Financial requirement, the tone will significantly change regarding Christians and Christian communities. True Christians will staunchly reject the government mandate for the Mark because they know receiving the Mark is receiving damnation.

True Christians will be considered enemies of the state, terrorists, and criminals. When the Great Consummation has reached this point both federal and local government broadcasts will have begun painting true Christians (those who Reject the Tech) as religious fanatics, whose message should be rejected and seen as antiquated or backward in their Christian ways of thinking.

Homeland Security (HLS) has already (in 2015) labeled Christians who associate themselves with the Latter Days or End Times issues as extremists and terrorists.

Government warnings will name many Christian leaders and televangelists as extremists, claiming each a perpetrator of hate crimes. HLS’ assertions will likely carry more weight once the Mark has been instituted and forcefully rejected by many Christian communities.

Christians and Christian leaders who surrender to the government mandates and take the Mark will be applauded as forward thinkers. Such conversions will likely be televised, announcing to the world how these “Christians” have seen the light and are now openly embrace the new technology. Testimonials from such Christians will abound as they declare everything is fine in their lives and this should include each individual’s walk with God. So see, everything is okay!

So this all goes back to us as individuals.

What will we do when the wall comes crumbling down and the Mark of the Beast becomes the currency of the “state/world”?

What will you do?

Thanks for you time!