Did God make a mistake when He created Lucifer? 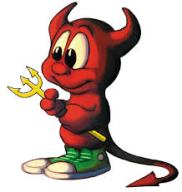 How about when He allowed the serpent loose in the Garden?

Let’s not forget Adam and Eve; was it an accident God create humans defective and sinful?  After all, they fell in disgrace from the garden.

What about those Sabbatical Laws requiring the Israelites to take a year of rest every seventh year? Israel spent 70 years in captivity in Babylon for that little oversight.  As I said, hummmm?

Okay, here is God’s most-huger than huge slip-up… The Roman Empire, Jewish Priesthood and population in general assented to killing the Son of the Living God. Whoa Big-Mamma Lawrence! That was a whole lotta messin’ up!

Wow God, I don’t know how You can say humans weren’t a cosmic mistake?

[I think I heard lightning strike] – I joke, not mock.

One more; God blew it terribly with the Israelites. God had to replace the whole Israelite lot with Christians. Sorry Israelites, you just were not holy enough on your own.

Oh yeah, and let us not forget humanity as a whole, too.  God just missed the mark creating humans and therefore must wipe out the majority of the human-race and cast everyone who wasn’t a good enough person into the Lake of Fire.

It all sounds pretty ridiculous for God – who is so powerful He created the universe with a comment; and beyond reasonable for the Creator who made heaven and earth to continue to “miss the mark” so He could blatantly make mistakes with our lives and the world as a whole.

If God can see the future and the beginning from the end then you would think He knew what He was doing?

To the point! God knew and intended for each of these “supposed” mistakes to take place.

So, if God knew the outcome of what He was doing, then why did He allow such mistakes?

Therein lies the question, doesn’t it?  Were they mistakes?

We will continue to work on answering that question in “Meaning of Life 6.”  Think about this in the meantime, if Lucifer, the Garden of Eden, Adam and Eve etcetera, etcetera, etcetera — were not mistakes — then why did God establish these events in such an order?  There is a great reason.

These are just some of the amazing questions asked and answered in the book, “This Side of the Whirlwind.” 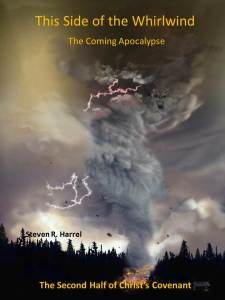