At Meaning of Life 4

So why does humanity exist? 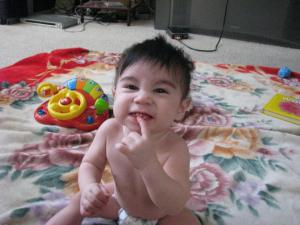 Why are we here?

What is the meaning of life?

To genuinely see the answers to this question we need to look at the world since the foundations were forged for Mankind. Why did God create humans?

In “Meaning of Life 3” we looked at several of God’s attributes.

Now we will examine how to apply those attributes so we can look at Biblical facts with a keener eye.

I can fly! Hey a UFO

Let’s see how these attributes matter to the question: What is the meaning of life, human life.

Some believe God blew-it (made a mistake) when He created Lucifer and one third of all the angels.

According to this shortsighted doctrine, God messed-up when He created Lucifer because Lucy became Satan and then was able to win the loyalty of nearly one third of God’s choice angels.

Can he write that?

Wow, sounds like God was idiotic when He created Lucifer.

That is… unless God created Lucifer for the specific reason that Lucy was to become the accuser of Mankind. Hold that thought!

I form the light, and create darkness: I make peace, and create evil: I the LORD do all these things.
(Isaiah 45:7 KJV)

Supposedly God makes another mistake when he forms Adam and Eve and places them in the Garden of Eden.

Also, let us not forget how God totally messed-up by letting that slippery serpent (Lucy) into the Garden of Eden to begin with. How could God be so careless?  Or was He? Hum…?

The serpent then convinces Eve to cave, just a nibble or two because she must have been watching her figure. Thenceforth (Bible word) sometime later, Adam knowingly chooses to eat from the forbidden fruit-tree, “the Tree of the Knowledge of good and evil” against God’s specific instructions resulting in his and ultimately our separation from a place of innocence before God, big mistake for humanity.

Sadly, Adam and Eve must now suffer their expulsion from paradise; and all of us to boot. What was God thinking? 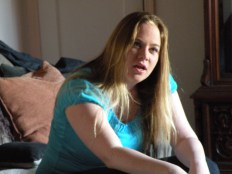 Holy smokes Moses: how could God have missed that little boo-boo when He had so carefully planned out humanity’s extended existence for the next umpteen thousand years here on earth? Hold that thought too!

God establishes Moses and instructs him to write the first five books of the Bible; the Laws of God. Contained within those laws is the Sabbatical Laws which require Israel to give their lands one year of rest every seventh year.  Should Israel fail to obey this law God says He will require the Israelites to be removed from their lands until the Sabbatical Years have been repaid.

THEN, God allows the Israelites to ignore the Sabbatical Years for 490 years before He puts the hammer down.

Wow-wee! That is 70 Sabbatical Years Israel must repay by the time King Nebuchadnezzar (King of Babylon) kicks Israel’s butt and haul them into captivity.  Seventy years before Israel can return home.  Ouch!  Hold that thought too!

My goodness, for a GOD who is supposed to be all-powerful, all-knowing and prescient (sees the future) He sure is making a lot of nasty mistakes. Or is He?

We will recap during the next post, “Meaning of Life 5” and then point out why these issues truly matter.

Wayne, I can’t wait to see how it all ends! I’m almost giddy with jello-ie excitement.

NO!  You party on Wayne!

Sorry, I lost control for a minute and had a Mike Myer’s moment.

See you on THIS SIDE OF THE WHIRLWIND!  🙂