The END of DAYS is drawing closer still:

Whatever you do, reject any tech which could be placed in or on your person and used for finance: buying, selling, trading, shopping or even making simple electronic payments. As silly as it might sound to the uninitiated, the Mark of the Beast is a piece of technology currently employed in our technical world today.  Reject The Tech!

As I read through the following article I realized the information was presented on the pages of my own book nearly five years ago.  God is amazing!

Brothers and Sisters in Christ – we know God’s Word is true. The signs are at the door even as the Parable of the Fig Tree suggests.

“Now learn this parable from the fig tree: When its branch [Israel] has already become tender [Reemerges as a nation] and puts forth leaves, you know that summer [the End] is near. 33 So you also, when you see all these things, know that it is near—at the doors! 34 Assuredly,[with certainty] I say to you, this generation will by no means pass away [this generation cannot die] till all these things take place. 35 Heaven and earth will pass away, but My words will by no means pass away. (Matthew 24:32-35; Mark 13:28-31 and Luke 21:29-33)

[To better understand this “the parable of the fig tree” see, “This Side of the Whirlwind” pages 98-103]

The once impossible feat of Israel’s restoration after more than 1,800 years in exile took place following Jacob’s Trouble (the Holocaust of WWII) returning Jews/Israelites the world over to the lands of their forefathers, the lands of Israel. Hosea 3:4-5 told us this would happen:

How many globally fulfilled signs does someone need before they begin to catch this message?

By the mouth of two or three witnesses shall every word be established, says 2 Corinthians 13:1.

What does someone need to say, see or hear before they begin to believe?

WE ARE ACTUALLY LIVING IN BIBLE TIMES!

There have been dozens of prophecies coming to pass since 1948; Israel’s reemergence as a Sovereign State was just the beginning for the biblical season known as “The Latter Days.” Look at Jeremiah 16:14-15 or 23:7-8 and 20, I mean – Wow!

If you doubt what I’ve written, check out page 252 and its related pages in “This Side of the Whirlwind.”  In these pages you can see for yourself the amazing evidence found in the chart titled, “The Day of the Lord. There are listed and confirmed many complex and rigorous prophecies which have already come to pass over the past 68 years, not centuries or millennia later.  Near impossible prophecies no one would ever have predicted outside of God’s insight, have come to pass in this generation’s  lifetime.  And the time-limit is nearly up! 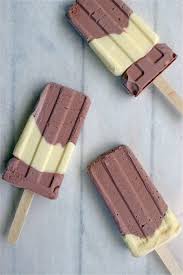 The proof is in the pudding-pops, as they say. Look around the world you live in!  The time of the end is fast approaching.

The world will not explode or be destroyed by a meteor or be sterilized by some massive solar flare. NO!  The Great Consummation will come on the heels of “The Beast or Anti-Christ” placing his image in the Temple in Israel.

Two and a half years later Christ, the Son of the Living God will return and gather the Children of God. One year after that Christ will return again with the Children of God to overthrow the ruling powers of this world, seize control of every government, peoples, nation and tribe and then begin the Millennial Reign of Christ.  Not a good time to reject the things of the Lord, Jesus Christ.  Not good at all!

The world as we know it is going to be snatched out of the hands of human authorities by The Son of the Living God – just as prophecy foretold thousands of years ago. Just as “This Side of the Whirlwind” forecasts today.

What are you going to do?  How will you know?

Will you be ready to live independent of modern society for two and a half years? Will you have squirreled away food, clothes, resources and survival gear to last your period of siege in the wilderness?  Don’t even think about waiting out your time in a prison.  Bad choice, American prison or otherwise.  If you don’t know why then you’d better get “This Side of the Whirlwind” and start reading.  It is all covered.

Well, you better get started!

Christ could be back for the Children of God very soon. The parable of the fig tree says, “This generation shall not die until all these things have been accomplished.”

What does the Bible consider the lifespan of a standard generation for Mankind? Psalms 90:10 says it is 80 or fewer years.

The final countdown to the Battle of Armageddon began in 1948 which leaves less than twelve years for the Great Consummation to begin its process.

Time is running out

To get your copy of “This Side of the Whirlwind” contact:

For questions or comments: