How do we know with any level of certainty when a person prophesies that they are actually hearing and conveying God’s message? Well, that’s actually fairly simple; we turn to God’s Word for the answer.

“And if you say in your heart, ‘How shall we know the word which the LORD has not spoken?’—

The next verse gives us the answer.

22 “When a prophet speaks in the name of the LORD, if the thing does not happen or come to pass, that is the thing which the LORD has not spoken; the prophet has spoken it presumptuously; you shall not be afraid of him.

In other words, reject any prophet whose Words either do not or cannot come to pass.  Also reject those prophecies which do not agree with God’s Word. Contrary to what some may say, the Word does not contradict itself.

According to 1 Corinthians 14:29-33; we are to evaluate prophets and their prophecies rather than simply trust the person is speaking for the Lord. Here is what scripture has to say.

29 Let two or three prophets speak, and let the others judge.

30 But if anything is revealed to another who sits by, let the first keep silent.

31 For you can all prophesy one by one, that all may learn and all may be encouraged.

33 For God is not the author of confusion but of peace, as in all the churches of the saints.

Prophesies are to be judged, not merely accepted. Prophesies must be able to come to pass and everything a prophet says is subject to the scrutiny of the saints.  No one has jurisdiction or the last word over God’s spoken Word, except God.  Should someone declare otherwise then something improper is being done or taught.

It is implied within the text of 1 Corinthians chapter twelve that a congregation will have individuals who are called to discern genuine prophecies from false prophecies.  Yes, we all should be filled with the Holy Spirit; nevertheless, some are gifted with prophecy and other healing etc… 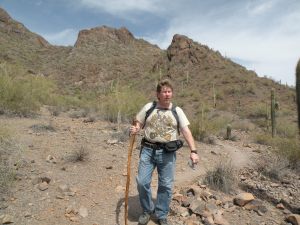 Just because a person has never prophesied openly does not mean they cannot distinguish the Spirit of God, either confirming or rejecting a prophetic utterance; a sense of acceptance or approval verses a check or disapproval voiced within their spirit.

Learning to consistently and accurately judge a prophetic word or vision often requires a period of learning and time to fully discriminate between God’s voice, the individual’s inner voice and the overt false prophet.

The Body of Christ needs to make a more productive effort towards educating the saints in discerning God’s voice. The saints need to learn from one another and judge prophecies as a group.  Prophets need to be teachable and humble in order to receive correction.  The congregation needs to have more than one or two judges discerning the believers and their prophecies; six or more judges preferably.  And when a brother or sister prophesies falsely — the congregation needs to gently correct the false prophecy in love and humility.  We are after all, human and need to carefully learn the differences in hearing God’s voice.  Such is the reason we must gently judge one another in love.  Those who refuse to learn need to be shut-down.

For the Latter Days are upon us and false prophets and prophecies are clearly one of the signs of the times we must watch for and avoid (Jeremiah 23:11-32). How are we to guard against something we don’t truly acknowledge or try to detect?

Many churches today permit individuals to prophesy in the name of the Lord and fail to seek a genuine witness. Favored and long-standing congregants are often allowed to prophesy falsely week after week because “the church” does not want to correct them and possibly lose their (still babe in Christ) adult along with their financial contributions.

Those who send their young and potential prophets (those new to hearing God’s voice) to share the Lord’s message/s with an overseer before prophesying generally do-not receive all of the prophecy or prophecies, stifling young/new believers. Many congregants are often fearful of making mistakes when submitting their “uncertain” prophetic message before the congregation.

Such is the primary reason behind people needing to prophesy openly and be judged immediately by those congregants who are spiritually discerning. Growth and development: a simple: I get a witness “or” I do not get a witness from fellow believers.

I suppose church headship is often loathed to offend the people; yet, we are supposed to grow into adult Christians and not remain babes in Christ! If we are speaking falsely in God’s name we should be educated into learning when the voice we hear or impressions we receive or visions we think we have received are not God.  We should want to be corrected.  And if we do not want correction then we are not ready to be prophets or speak prophetically.  Babes in Christ need to keep their mouths shut until they are ready and willing to be corrected.

Many within the body need to grow up and refrain from prophesying until they have matured a bit more in the Lord. Speaking in God’s name should not be a game or about your stature within the church.

Remember what Paul said in 2 Corinthians 13:1 This will be the third time I am coming to you. “By the mouth of two or three witnesses every word shall be established.” God backs up His messages and His messengers through confirmations and witnesses.

It is, “The proof is in the pudding” sort of thing.   So that means, when someone prophesies or has a Word of Knowledge it had better be able to come to pass.  The Word must be something of substance which agrees with God’s Word; it must be capable of coming to pass or at the very least have potential elements which can come to pass someday.  I know this is generally not the prescribed Christian concept for those prophesying today; however, it is what God’s Word demands.  If a prophecy, Word of Knowledge or vision does not receive a witness or come to pass then the supposed prophet needs to know and be much more careful.  After all, we all can make mistakes or be misled.

Here is what the Word says about some of our different gifts in the Spirit:

4 There are diversities of gifts, but the same Spirit.

5 There are differences of ministries, but the same Lord.

6 And there are diversities of activities, but it is the same God who works all in all.

7 But the manifestation of the Holy Spirit is given to each one for the profit of all.

A prophecy is not about the individual speaking in God’s name; leastwise, not often. Prophecy is for the Body of Christ, for its edification, growth and development.  A Word of Knowledge generally (not always) provides confirmation on something the Lord has previously provided or is soon to provide again.  Visions could represent nearly anything God is doing in a person/s; church or churches or the Body of Christ as a whole.

Prophetic utterances are powerful and a privileged blessing from God.

Prophetic utterances are never from the individual; such is the nature of a false prophecy.

We can check to see if the Word is from the Lord.  Trust the Lord!

To offer questions or comments or get a copy of “This Side of the Whirlwind” go to: