What does it take to shake us free? What must God do before we see what is right around the corner.

Jacob’s Trouble, found in chapter 14 of “This Side of the Whirlwind,” began its fulfillment in Germany between 1930 and 1945. Though the prophecy was in plain sight (not hidden as was the second half of Christ’s Covenant) the European-Jewish communities could not seem to perceive the coming storm until it was too late. 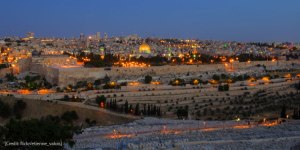 On September 14th 1930 Adolf Hitler is instrumental in taking Germany’s National Socialist Party to the second largest government faction, a task spanning only ten years.  Hitler fascinates the youth of Germany with rhetoric while older Germans are attracted to his abhorrence for the Jews.

Below you will find a smattering of the overt warning signs which should have driven every Jew from Germany and Europe before WWII. The complete list of obvious warning signs is so vast it would require dozens of pages to contain them all.  So the question is: why could the Jews of 1937 not see what was coming at them in a big way?  The answer: because God ordained prophecy to be fulfilled. Only after the Jews were returned to the mountains of Israel could the Latter Days begin, and so they have!

Let’s look over a “few” of the many warning signs which should have been too hard to miss.

In 1933 while many German Catholics embrace antisemitism:

Then, October 24th 1933, after barring a wide range of occupations from anyone of Jewish descent the National Socialist Party (Nazis) establish a law “Habitual and Dangerous Criminals law” authorizing the placement of all homeless, beggars and unemployed in work camps more commonly referred to as Concentration camps.

1935 a prohibition is established against encouraging Jews to remain in Germany.

During 1938 it quickly became too late to leave Germany. Many nations were now requiring vast sums of money for Jewish refugees to immigrate to foreign countries. Other nations were simply refusing Jews immigration to avoid issues with Germany and its growing influences.

In October of 1938 the German government recalled all Jewish passports.

The Jews are now trapped in Germany

By September of 1939 concentration camps were well established. In 1940 the first crematorium was built.  And by 1945 more than 15 million Jews were murdered, sacrificed to Jacob’s Trouble and the fulfillment of prophecy (Jeremiah 30).

So, what about you? What is happening in your neck of the world?

Christianity is under attack everywhere. Not long ago in the USA, Homeland Security declared Christians terrorists; leastwise, those who believe the End Times are on the way.

We are in the Latter Days. Scripturally, the Latter Days cannot span greater than 80 years (Psalms 90:10; and, the parable of the fig tree, coalitions between specific nations in these last days etc…).