Beyond the Shadow of a Doubt!

Somewhere between the ages of twenty and twenty-two I realized I was not sure about the validity of my faith, Christianity. In my short life I had been raised as a Christian, received prophecies or Words of Knowledge which had been witnessed and come to pass, been filled with the Holy Spirit seen and actual angel and even encountered demons.  Nevertheless, somehow I still wondered if I were merely seeing through the eyes of my religious upbringing.  Pretty dumb, I know, but there it is.

Well, there I was, 3:00 a.m., standing in the middle of an Italian wilderness staring into the night sky on guard-duty. I had been living anything but a Christian lifestyle at that time and was seriously wondering if any of this Christian stuff really mattered.  So, as I looked into the night sky I began to seriously pray: 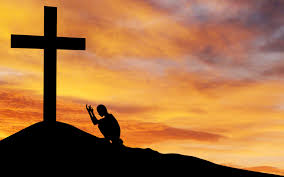 I know, a crazy prayer.  Well, I was just twenty or twenty-one years old.  I remember feeling like  my prayer was actually being heard, and so it was!

Five years later God answered that prayer in a truly profound and intricately unbelievable way.  The following reveals the miraculous links which bind and validate the upcoming Word of the Lord: there will be eight or nine links in this chain of events.

First link: In April of 1984 Mike Atkins, a music minister and preacher from Kansas, ministered to a tiny Assembly of God church in Marana, Arizona. Maybe 65 – 100 people total at that time.  While Mr. Atkins ministered, the church recorded Mr. Atkins presentation on VHS magnetic tape.

Second link: Four months later, Monday, August 20th of the same year I was sent to Sierra Vista, Arizona with John, commonly referred to as “Preacher John” by fellow roofers to repair several apartment complex roofs.  As John and I shared the 90 minute drive to Sierra Vista we began discussing the book of Romans, chapter 7, verses fifteen – twenty-five.  This is the passage where Paul the Apostle discusses the battle between our fleshly man and spiritual man.

Third link: Tuesday John and I continued to discuss Roman’s 7:15-25 while working. After work that day I was invited to dinner with my father and his friends who lived just outside of town.  John did not come.

At dinner we discussed their theology and viewpoints. As I had been raised in a conservative Baptist background I found the charismatic theology of my father’s friends a bit strange and off-putting.  I was not opposed to pulling out Bibles and discussing Bible stories, but it was not common in my circle of friends or family.  Fortunately, I was comfortable in God’s Word. However, that evening was the first time I had encountered another person, besides myself, who heard what they believed was God’s voice. I did not know if her prophecies came to pass at that time.  They did.

Shortly after dinner the Bibles hit the table and “they” began to pray. Boy did they pray!  All I could do was bow my head and pray till they were done.  After many minutes of prayer, one of the women, Debbie, about 26 years old, spoke up and declared, Thus says the Lord!  She then looked straight at me and said, “My son, I shall open doors for you that no man can close and eyes that many may see and ears that many my hear; and I will exult your name beyond your wildest dreams as long as you exult My name, for I love you my son.” The woman, Debbie, then followed this prophecy up with a vision which I will not go into at this time to save time and space; maybe another time?

Fourth link: As John and I worked the next day we continued our discussion on Roman’s 7:15-25. I was unhappily prodded into going to my father’s church the following night, Wednesday.  Once again, Preacher John did not attend.  It was however an excellent presentation of praise and worship during the service.  The small church of seventy or more raised their roof in exultations for 30 or more minutes until suddenly at the peak of praise, a woman, Vera, possibly 55 years of age, announced loudly, “My son, I shall open doors for you that no man can close and eyes that many may see and ears that many my hear; and I will exult your name beyond your wildest dreams as long as you exult My name, for I love you my son.”

I decided the two women must have planned to repeat the same “prophecy” to me. I didn’t know why they would waste their time plotting for my benefit; after all, I did not live in their city or share their theology or possess much money.  Sure, I was a Christian, but not a charismatic rich one.

Well, as it turns out, the sermon that night was on Roman’s 7:15-25. Additionally, as I left the church that evening the Pastor caught me at the door to share a Word of Knowledge he had received about my life from the Lord.  The Pastor said he knew the Lord had called me into Christian ministry two years earlier, and he was right.  The one and only time God spoke into my spirit telling me I would one day minister in music and the Word had taken place almost exactly two years earlier in Temple, Texas.  Only my wife, Pam, knew of this experience and had yet to even visit Sierra Vista at that time.  To add fuel to the fire, the Pastor, Larry Deason, then stated I had problems with my knees and wondered if I would like to be healed.  Of course, as I did have issues with my knees, I said yes.  Pastor Deason then instructed me to lift up one knee at a time as he prayed, “In Jesus name be healed” over each knee.  I didn’t know it then, but I was healed.

The following day as I worked with Preacher John, he commented near the end of the day that he had not seen me work squatting down before. He previously noticed I always bent over to lay shingles or tar the roof.  He wondered what was up.  Amazingly, I hadn’t noticed it either.  I had been squatting down all day while I worked and did not suffer the usual pains associated with bending my knees.  I was healed and did not recognize my knees were not hurting until John mentioned it that afternoon.  Praise the Lord!

Since Pastor Deason prayed for me and God healed me 32 years ago, I have not suffered one more painful encounter with knee issues. Thank you God!

There will be several more links in this miraculous chain of events. Due to the length of this true life story, I will divide the event over another one or two posts.  The really exciting events are yet to come.

Rarely can someone get three people to agree over the same details when they have each witnessed the same incident.  Imagine eight identical, verbatim prophecies given in three different cities over the course of nine months by six individuals.  Now that would be a miracle!  Tune in again for the next, This Side of the Whirlwind: True Life and read about it.

Let me know your thoughts so far: thanks! Steve

To learn of truly significant prophecies, purchase my book, “This Side of the Whirlwind”: www.Westbowpress.com, www.Amazon.com, www.BarnesandNobles.com, www.Borders.com  www.thissideofthewhirlwind.com